Tracks in the sand

Tracks in the sand

A bare foot wander on the beach leaves you feeling refreshed and at this time of year, having warmed up a little bit, the trek is not too arduous. Look around you. You may not realise it, but even on vast sandy beaches where the presence of living creatures may not be so obvious you’re actually surrounded by wildlife.

Sand provides a perfect medium for looking for tracks and signs; you need only to look along the beach at low tide and you’ll see patterns left behind by the creatures that form them. Creatures of the sandy shore simply burrow to protect themselves from the range of environmental conditions they are exposed to once uncovered by the tide.

I will leave it to your imagination what these casts actually are!

One of the most well-known signs is that of lugworms, which live in U-shaped burrows in the sand. At the opening end you’ll notice a small round depression in the sand where the lugworm swallows some of the sand, cleaning it of its organic matter. At the tail end you’ll see a more obvious pile of coiled sand (I will leave it to your imagination what these casts actually are!).

A somewhat more beautiful sign of the presence of a worm is that of the sand mason worm; large particles of sand bound together to form a delicate tube topped with hair-like protrusions created by finer sand. When the tide is in, its gills and tentacles extend out of the tube for feeding and respiration, but when the tide is out it retreats to safety.

It’s not just worms that leave us evidence; the elongated blade-like shells of a razor shell are often seen empty on the beach, but look for keyhole shaped holes in the sand at low tide to spot where these creatures actually reside. Empty shells all along the seashore provide evidence of the wealth of shelled creatures living in our seas. Look carefully, particularly along the water line, as the tide comes in and you may see their tubes emerging for feeding as the water inundates them.

You might be lucky enough to find the fragile empty shells of creatures such as the sea potato. When alive they burrow in the sand, often near or below the low water mark. It is a weird and wonderful creature, which burrows up to 8” deep and retains contact with the surface by way of a narrow funnel. Often, after big storms have churned up the sand, you’ll find hundreds of sea potatoes and other burrowing creatures washed up on the beach.

The clues are written in the sand and there is nothing better than spending a couple of hours unravelling some of the mysteries of our coasts. It’s very easy to get carried away whilst thus engaged so, as I always say, please do keep your eye on the tide! 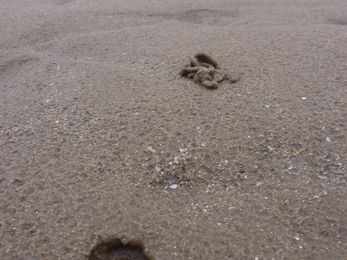 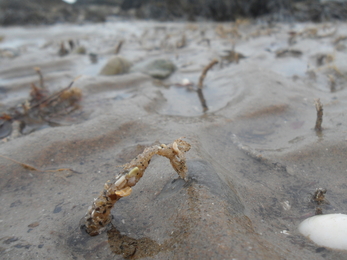 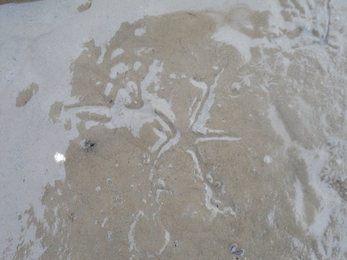 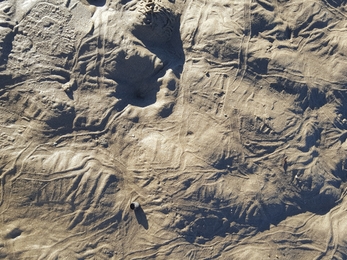 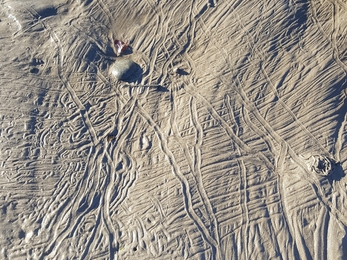