Where to see terns

During the summer, several species of tern return to nest on our shores, and increasingly on islands and inland reservoirs. Similar to a small, elegant gull with a long, swallow-like forked tail, slender wings and a black cap setting off the silvery grey plumage, small differences set the five species that nest here apart. The most widespread is the common tern, which despite its name is not actually the commonest; that title goes to the closely related Arctic tern. Along the North Wales coast the larger Sandwich tern is a frequent sight in the summer months as it often feeds in shallow coastal waters.

A tern colony is a noisy, hectic thing, with birds continually coming and going, adults bringing fish back for their chicks or their sitting mate, young birds calling for their parents, and angry adults chasing off intruders with their dagger-like bills. 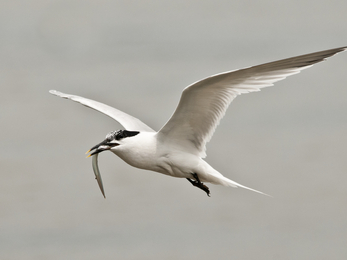 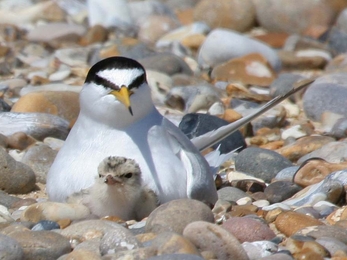 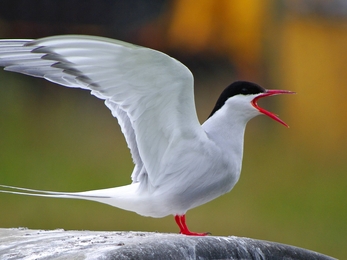 Our top spot to see these birds is Cemlyn Nature Reserve in Anglesey. Separated from the sea by a spectacular, natural shingle ridge called Esgair Cemlyn, this lagoon is the backdrop for Cemlyn’s most famous wildlife spectacle: a large, internationally important seabird colony. Experience these elegant birds close-up from the viewing area on the ridge. See them chase and dive in courtship displays; incubating eggs; preening and bathing in the lagoon; or calling to hungry chicks as they come bearing freshly-caught fish. The best time to visit is May to July, when wardens are on site who can give you lots more information.

Discover what makes Cemlyn Nature Reserve such a great place for terns and what we're doing to help them make it their home! Take a virtual tour with our interactive infographic (with thanks to the Roseate Tern LIFE project).

What to look out for

One of the easiest ways to tell the different tern species apart is by looking at their bills. Carrot-red with a black tip makes it a common tern; blood-red is an Arctic tern; black with a yellow tip (together with a shaggy black crest) tells you you’re looking at a Sandwich tern; while the tiny little tern has a yellow bill tipped with black, as well as a white forehead. Beware: terns are quick to turn on intruders, so don't get too close, or perhaps just take a slightly taller friend with you.

If you can't get to these places

The Wildlife Trusts have live webcams at two tern colonies elsewhere in the UK, beaming live images during the summer from Brownsea Island in Dorset and Montrose Basin in Scotland.

From seeing colourful wildflowers to spotting magnificent birds of prey, we can help you get closer to wildlife across North Wales. 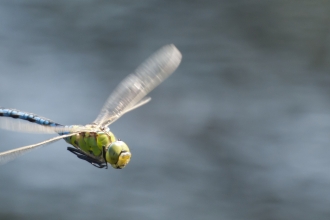 Where to see dragonflies and damselflies in North Wales. 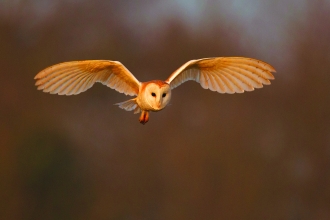 Where to see barn owls in North Wales. 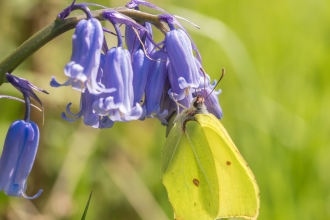 Where to see wildlife this Spring in North Wales.