Here is our latest update for our campaign to help save Leadbrook Woods and Meadows, Flintshire. The proposed 'Red Route' highway project is a 13km dual carriageway that would damage or destroy wildlife habitats and threaten species including bats, owls, badgers and great crested newts.

Thank you for your support so far!

Over 1,800 people have already supported our campaign. All your messages of support were received by the Transport Minister, Ken Skates, the First Minister, Mark Drakeford and your local and regional members of the Welsh Parliament throughout Wales. This is a superb achievement, which has well and truly put the campaign on the map. We know through various channels that the e-action and accompanying Open Letter have already had the desired effect; politicians of all political parties throughout Wales are aware of the issue and have had to state and explain their position on the road scheme, which helps us plan our future course of action.

Please continue to share and promote the campaign as it's very much still live and is influencing decision makers. It would be great if we could reach 2,000 supporters!

A new Wales Transport Strategy (WTS) is being consulted on by the Welsh Government, and will provide a strategic plan for all forms of transport, from now until 2040.

We are dismayed that it doesn't refer to the Red Route at all! If enough of us lobby for the Red Route to be considered, there's a good chance that this damaging road scheme could be stopped. Make your voice heard and submit your response by 25 January (we've included a suggested response to help you).

Max Hodgkinson, whose grandfather's farm and woodland would be devastated by the highway, recently captured footage of an otter on the Lead Brook that runs through the threatened woodland. This special and beautiful animal is known to be vulnerable to road deaths and its habitat will be severely harmed if the road is built. This brings home the real risks to wildlife that this damaging road scheme will bring.

Eminent wildlife broadcaster Iolo Williams gave a huge boost to our campaign recently by publicly backing it and urging everyone to take part. We are extremely grateful to Iolo for taking the trouble to do this and it's testament to the devastating impact that the highway would have on wildlife that he has been prepared to stand up and be counted.

Call for a Welsh Government Transport Commission for North-East Wales

The high-profile victory against the motorway across the Gwent Levels SSSI and historic landscape resulted in the establishment of the South-East Wales Transport Commission, led by eminent economist, Lord Burns. The commission, initiated by the First Minister, Mark Drakeford, investigated non road-building alternatives to the M4 Relief Road and recently published its final report.

It sets out a number of practical ways in which congestion around the city of Newport in South-East Wales will be addressed. The experts concluded that it only required a 20% fall in road traffic to solve the problem of congestion altogether. A portfolio of new train and bus stations, as well as public services, active travel solutions and innovative 'smart' technology, has been developed and costed.

We will be calling on the Welsh Government to set up a similar commission to investigate non-road solutions to address congestion for North-East Wales. 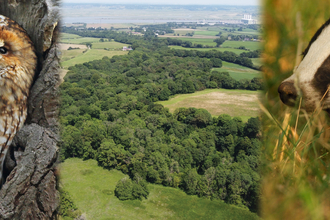 Support our campaign to help save Leadbrook Woods and Meadows, Flintshire 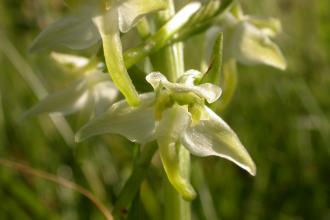 North Wales Wildlife Trust could not operate without the generosity of its supporters. Every penny counts! 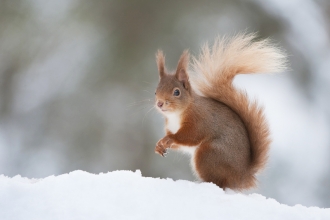 It costs less than 5p a day to join us and our other 7,000 members here in North Wales. Get involved with activities, visit 36 wonderful…

Creating a Wilder Future for Wales

North Wales Wildlife Trust are to lobby politicians at the National Eisteddfod – please come and help us!

Badger, Ratty, Mole and Toad strike out for a wilder future

Stars speak up for wildlife in a new film trailer – hitting cinemas this weekend!