Following on from the release of the male beaver, ‘Barti’, and his son in late March, the mother beaver has now been reunited with her family group. The whole beaver family is now together at Montgomeryshire Wildlife Trust’s beaver enclosure within Cors Dyfi Nature Reserve.

Having been captured and health-screened in Scotland the female beaver was brought to Cors Dyfi on Friday 16 April. When her beaver crate was opened near the water’s edge she slowly made her way into the water and swam around the edge of the pond towards an area of beaver activity. It did not take her long to find her mate and son and by the evening she was feeding happily with her family. They are now swimming and grooming together and appear settled and relaxed in their new home.

The beavers now at Cors Dyfi have been sourced from Scotland, under licence from NatureScot. Dr Roisin Campbell-Palmer, Restoration Manager for the Beaver Trust, works to relocate beavers from conflict sites in parts of Scotland, working closely with landowners predominantly in the farming sector, to offer an alternative to lethal control. All beavers are trapped and translocated according to best animal welfare practices and undergo health screening at a purpose-built facility at Five Sisters Zoo, West Calder.

Kim Williams of the Montgomeryshire Wildlife Trust said “We’re delighted to see the whole beaver family back together. The animals have all settled well and are looking very at home in their seven-acre enclosure. They have an important role to play in the restoration of this lowland peat bog.”

The Welsh Beaver Project, led by North Wales Wildlife Trust on behalf of all the Wildlife Trusts in Wales, have been assisting Montgomeryshire Wildlife Trust in this project by applying for a licence to release beavers, funding an enclosure and sourcing the beavers. A public consultation on this release was held by Natural Resources Wales (NRW) last autumn and a licence was issued in March.

This project has received funding through the Welsh Government Rural Communities - Rural Development Programme 2014-2020, which is funded by the European Agricultural Fund for Rural Development and the Welsh Government.  Although not a reintroduction to the wild, having beavers at a visitor hub like Cors Dyfi will help to inform people about their behaviour and how their natural activity can actively support ecosystem restoration. The beavers and habitat will be regularly monitored by Wildlife Trust staff and volunteers. Montgomeryshire Wildlife Trust and the Welsh Beaver Project are really excited to welcome the new beaver family and look forward to seeing what the beavers will get up to on the reserve.

The Welsh Beaver Project has also been investigating the feasibility of reintroducing Eurasian beaver into the wild since 2005. Proposals are currently being developed and in due course there will be another, separate public consultation led by NRW for the reintroduction of beavers into the wild.

The find out more about the Welsh Beaver Project and for updates subscribe to our beaver e-newsletter. 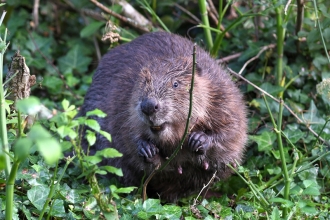 The Welsh Beaver Project has been investigating the feasibility of bringing wild beavers back to Wales since 2005. This work is being… 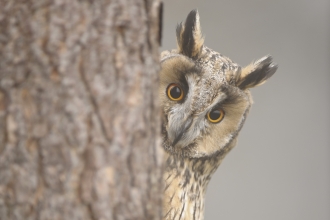 Subscribe to our e-newsletter and keep up to date with wildlife news in North Wales and from across the Wildlife Trust movement. 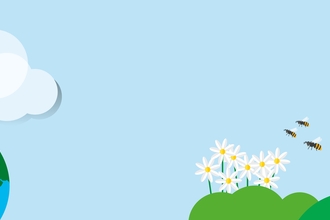 The beavers are here!

Cors Dyfi Nature Reserve might be most famous for its ospreys but they’ll soon be joined by two new, ground-dwelling arrivals! After…

Beavers – in the past or future of Wales?

Ever heard of the River Conwy Afanc? Maybe the Afanc is not just a mystical creature of the past, after all!