Joe Strong organised his own Work Experience week with us in June 2018. He shared his time with the Living Seas team and Ben Stammers our People and Wildlife man on Môn. With such a packed week of activities, he certainly got a good idea of what it’s like to work in Marine Conservation, something he was keen to get involved in. Joe’s parents also found out we were in the middle of Plastic Free July, so baked us a plastic-free thank you gift. Awesome.

Day 1- Straight out on my first day, working with a local school during their skills week at Cemlyn Bay. This consisted of multiple activities that educated the local students about the local wildlife they never knew was out there on their doorstep. The first activity of the day was looking at the insects and plants found in these harsh conditions on the sea front. Many finds were made including Zygaena filipendulae (6 Spot Burnet Moth), Talitrus saltator (Sandhopper) and, the favourite amongst many of the children, a dried up catshark!

... there were shouts of crab, prawn and even the occasional starfish!

After sharing our finds with the group we went to meet the wardens at Cemlyn nature reserve who monitor the Tern population. They informed the children about the rare habitat that Cemlyn provides for nesting and what actions have been taken to protect them. This gave the amazing opportunity to see Sandwich tern chicks being fed in their natural habitat with the aid of telescopes. After a quick lunch, with a very scenic view, we had a quick introduction to rockpooling and then we were off scouring the pools for anything that moved. From all over the Bay there were shouts of crab, prawn and even the occasional starfish! Soon it was time to show off what everyone had caught before returning them safely to the rock pools.

Day 2 - Roadtrip! Time to scout a handful of the locations that would be used on the Living Seas Roadshow in the summer, a project run by the wildlife trust to inform locals and tourists about what they didn’t know was on their local beach and why it’s important to preserve it. We visited several beaches on the roadshow list for 2018 (Aberdyfi, Aberdaron and Porth dinllaen) to inspect the area for onshore activity potential.

Day 3 - We started in Bull Bay for a sea watch looking for porpoise. Before we could even take a seat on the cliff edge we caught our first glimpses of the porpoise gently bobbing in the waves. We spent the next 45 minutes watching the porpoise and surveying the conditions of the sea. This also gave us the chance to inform some walkers on the coast path about the porpoise and let them start to see what you can easily miss if you’re not looking. We then moved along the coast to Cemaes Bay for a strandlining session. On our short stroll along the strandline I learnt about how interesting everything you would normally just walk over and not think about is. This included adaptations seaweeds, such as channel and spiral wrack, have taken in order to survive and also how to identify different species of crab.

Our final task of the day was to take sand cores for the University of Bangor’s CoCoast project and the research into lugworm breeding. We headed out to Benllech where the Trust carried out its Spermwatch surveys, after picking up some equipment at the University on the way. We randomly took three sand cores, one along each of the transects used in the project, we then dropped them off at the university for further analysis.

Day 4- Up to Bethesda today to spend time cleaning the River Ogwen with the assistance of the local school. We spent two sessions with the school clearing two sections of the river and collecting over 15 bags of litter. It was important to communicate to the children that 80% of the litter in the sea comes from land based sources and how vital it actually is to keep their local area clean. Especially with the disastrous consequences on wildlife in both terrestrial and marine environments. After a long day it was very rewarding to see the local area looking much cleaner.

After a long day it was very rewarding to see the local area looking much cleaner.

Day 5- An early start for my final day with the North Wales Wildlife Trust courtesy of the tides. We headed straight over to Colwyn Bay for a volunteer training session. This allowed me to gain further understanding about the marine life we have around the coast of North Wales by looking at what washed up on the shore. Amongst the many shells that were littering the beach we discovered some very interesting species including a Hungarian Cap shell, Tusk shells and Tower shells. There were also many Sand Mason sleeves and Shark egg sacks, this provided a lot of information to pass onto members of the public.

The final afternoon was spent back in the office where I was asked to impart my knowledge on Geocaching, which, after discussion through the week, the staff felt would be an interesting area to progress into in the future. 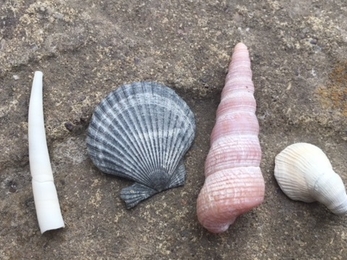 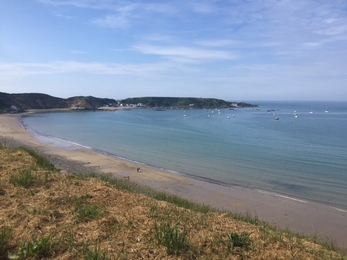 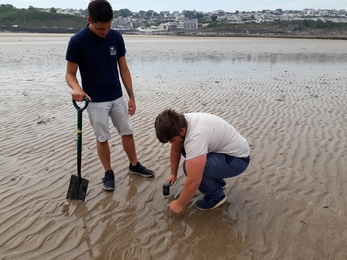 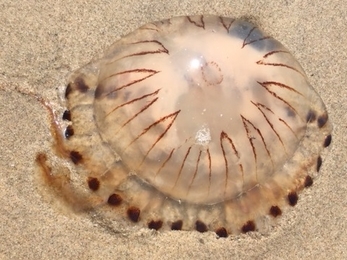 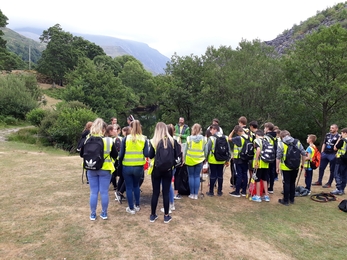 We’re so grateful for all the help we get from our volunteers. Some have particular skills and like to root out and solve certain…